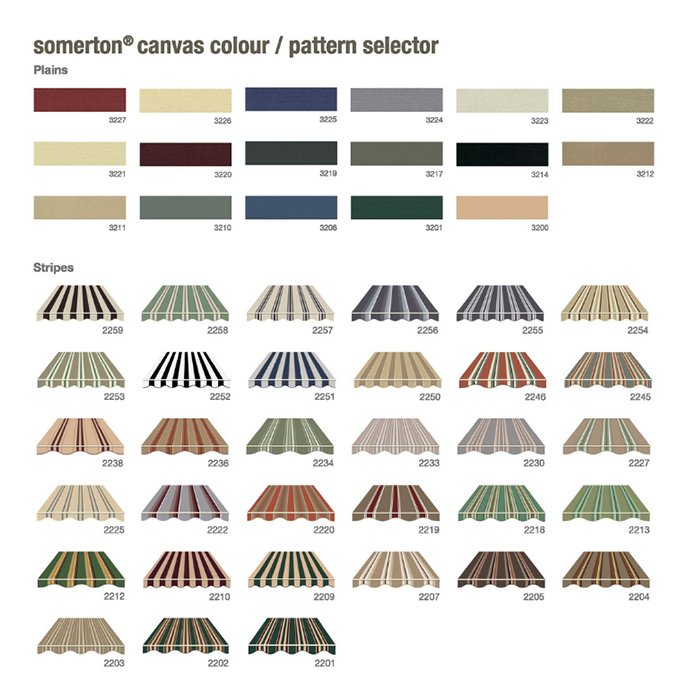 This fabric is made to last with a durable colour vibrancy and a classic and modern style. It is a total blockout external sun protection fabric.
Somerton® Canvas offers a comprehensive range of contemporary colours and stripe pattern choices that will provide the perfect defence against the harsh elements of a sunburt country.

You can also contact us on Social Media or Phone

Davonne Blinds have been servicing the Sydney Region in NSW for decades with showrooms across Sydney in Collaroy, Peahurst, Narellan and Campbelltown. Now our Davonne factory is located in Leaumah NSW, and through our network of direct consultants and installers, we service the following areas:

Due to the latest government restrictions Davonne Blinds is unable to attend your home to install or measure however we are arranging video consultations and phone consultations to provide you with hassle free quotations.
Please register your enquiry through our website by clicking the Orange free quote Icon